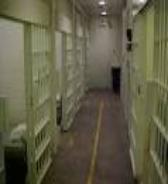 LONG BEACH , CALIFORNIA — Three defendants, a father and his two(2) sons pleaded no contest Monday to battery charges.  The charges stemmed from an attack by the family members against an  assistant wrestling coach at Long Beach Poly High School.  The attack left students, parents and school staff outraged..

The school district was granted a three-year restraining order against the Preciados, (the defendants) the longest term allowed by law.

Our offices is based in Los Angeles specializing in in Criminal Law Defense. With over 20 years of experience successfully defending clients in charged crimes, our team is exceptionally qualified to handle your case.

Should You Waive Time?